Today, Anna Legat visits to answer a few questions and tell us about her book Sandman. 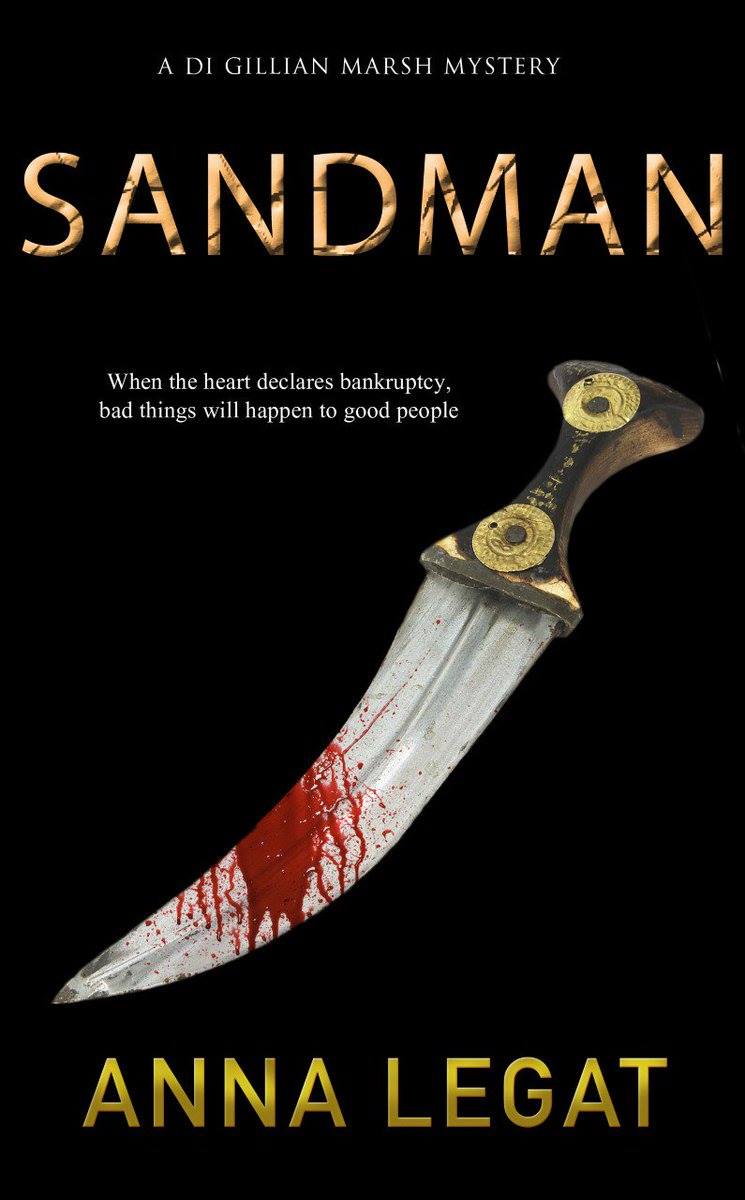 If you could only read one more book before reading became illegal what would it be and why?

A chilling prospect! I have this image of Nazis burning books in the 1930s.

A world without books would be a travesty and crime against humanity.

Before I answer your question, Colette, I must stress that I wouldn’t take the ban on books lying down. I would put up a fight. I would march for books. I would take up arms. I would raise hell on social media. I would start a mass book-liberation movement, just like the feminists once did, but mine would be called bookinism. Move over, Greta.

But just in case the forces of evil were to prevail and reading was truly to become extinct, I would prepare myself and stash away whole libraries in every nook and cranny of my house. Hang on, I’ve already done that! Well, I’d go further afield – bury a few precious collections in my garden.

If you could be a character in any book, who would it be?

Thinking of all the books that I love, I realise that most of their heroes are tragic. As a book character, I would want to lead a happy and adventurous life, and I wouldn’t mind being loveable. So, following on from my previous answer, I would love to be Bilbo Baggins.

What is the title of the book that you are going to tell us about?

Sandman, the latest title in my DI Gillian Marsh series.

How did you come up with the title?

Haji, the anti-hero of this book, is an old Afghan guerilla fighter, a veteran of two wars, one against the Soviets and the other against the Coalition forces in Afghanistan. He is known as Sandman because of his elusive abilities: when pursued, he can blend with the background or slip through your fingers as if he is made of sand.

Where did the idea for this book come from?

I often react to what goes on in the world at the time of writing. When I came up with the plot for Sandman the refugee crisis raged across Europe. It seemed inescapable that sooner or later a terrorist incident just like the one in my book would take place on British soil.

Which character in this book is your favourite and why?

Every character in that book became very close to me as I was writing it – perhaps because each of them was in their own way condemned to suffer. And they were ordinary, good people who didn’t deserve their fate. It was heartbreaking to see them die or lose their loved ones. I wept for Pippa, the wife of a Zimbabwean farmer living in exile after a tragic loss she suffered in Africa, only to experience an even tougher blow in the supposedly safe haven of Britain. There are many sympathetic characters in Sandman, but my favourite must be Izzie, a young homeless woman who is possessed of great integrity and courage.

Where can we buy the book?

How can your readers keep in touch with you?

Thank you so much for stopping by, come back again soon.

Thanks a million for having me, Colette. Pop over to mine when you have a minute!

This site uses Akismet to reduce spam. Learn how your comment data is processed.

Follow Colette McCormick (on books and life in general) on WordPress.com